Because they’re awesome. No, seriously, we need imaginary friends for lots of reasons: company, creativity, linguistic development and belief in magic. They are reliable, dependable, constant and perfectly to our liking. They encourage play, openness, acceptance and greater empathy. As my Dad used to say when asked if he was talking to himself, “Yes I am, and it’s the best conversation I’ve had all day.” 🙂

Of my three little kids, Ellie is the only one with true and lasting imaginary friends. They, I’m afraid, are bound for life. She’s had Parker since about age 2? She was so tiny, could walk and talk (a multi-tasking talent learned early in our home) and would carry on full, adult-like conversations with Parker. I stopped, after awhile, even asking who she was talking to. A few years later, Alice joined in. I mean, the kind of coordination that Ellie would sneeze sometimes and then whisper over her right shoulder, “Oh. Thank you, Alice!”

Then we found out that Parker and Alice were not actually people, like we’d imagined all along. They were and currently are. . . frogs. Alice has a bow in her “hair,” and Parker wears a blue jacket with buttons. Ellie looked at us like we were crazy for being confused. “Mom, they’ve ALWAYS been frogs. What did you think they were, anyway?” So sorry. Clearly my fault. No idea how I came to conclude your friends were humans. Such a narrow minded parent.

We all know and love these mythical characters. Hobbes from the timeless Calvin and Hobbes series, Snuffleupagus (who actually turned out to be “real” much later in Sesame Street’s show), and all the glorious Wild Things that only Maurice Sendack can properly imagine. It’s no wonder, and perfectly reasonable, that our children should want them around all the time.

As a matter of fact, I had two when I was younger, before I had any actual siblings to play with. They were brother and sister, and they always traveled together, ate lunch with me, and played quite politely. “Cake” was the girl. I loved cake so much, I thought it only fitting that a perfect girl would be named after the perfect food. And, as young, developing mouths do, I just changed the vowel sound to make a boy’s name. “Cock.” Legit. That was his name. I’m sure my mother died every time I informed her that “Cake and Cock are here to play, and we’d like a little treat, k?” Oh. My. Lord.

To encourage imaginary friends (with better names, obviously) and the development of that magic, I suggest reading some of these delightful stories to your kids. Create a space in your home that can be private, protected and mystical. Under a table, inside a closet, even in the side corner of a dining room – whatever space you have that could be turned into a little world of fairies, frogs and snuffleupaguses. Encourage the development of their imagination, creativity, sparkle. (It is said that most “genius” kids had imaginary friends when they were little. Explains so much, really.)

What do you think? Did you have imaginary friends? Do your kids? Are you about to go create some right now? Don’t blame you one bit.

Cheer up your inbox with more stories and features like this one - written exclusively for our newsletter readers! 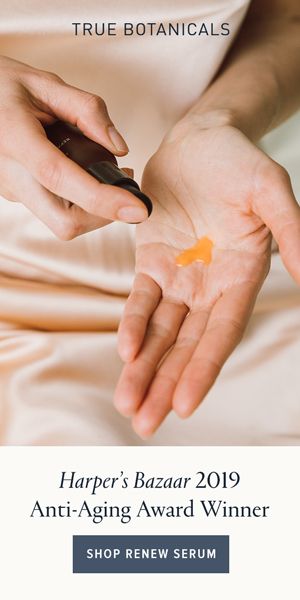 We act as affiliates for trusted merchants and we may earn referral commissions resulting from purchases of products or services recommended on this website. We feature only items we genuinely love and want to share, and this is an arrangement between the retailer and High Low Unexpected (readers never pay more for products). These are the ways we support our small business and engage with this community we truly love. Thank you for reading!

This website uses cookies to improve your experience while you navigate through the website. Out of these cookies, the cookies that are categorized as necessary are stored on your browser as they are essential for the working of basic functionalities of the website. We also use third-party cookies that help us analyze and understand how you use this website. These cookies will be stored in your browser only with your consent. You also have the option to opt-out of these cookies. But opting out of some of these cookies may have an effect on your browsing experience.
Necessary Always Enabled
Necessary cookies are absolutely essential for the website to function properly. This category only includes cookies that ensures basic functionalities and security features of the website. These cookies do not store any personal information.
Non-necessary
Any cookies that may not be particularly necessary for the website to function and is used specifically to collect user personal data via analytics, ads, other embedded contents are termed as non-necessary cookies. It is mandatory to procure user consent prior to running these cookies on your website.
SAVE & ACCEPT